Aelbert Cuyp, Dordrecht’s most famous painter and the master of golden light, was virtually unknown beyond his hometown in the 17th century. He lived and worked his entire life in the city and, aside from study trips in his own country, he never travelled far. His clients came from distinguished Dordrecht families, to which he would later also belong through marriage and administrative functions. These included regent of the Grote Kerk’s pest house, on the site where the Dordrechts Museum now stands.

Aelbert was taught to paint by his father, the portrait specialist Jacob Gerritsz. Cuyp. They worked together in Jacob’s portrait shop and after his father died, Aelbert took over the business. Aelbert proved to be a versatile artist, painting people and animals, but also biblical scenes and stable interiors. He eventually specialised in landscape painting, with Dordrecht and its surroundings as his source of inspiration. When Aelbert stopped painting, probably around 1660, Abraham van Calraet continued the Cuyp tradition. 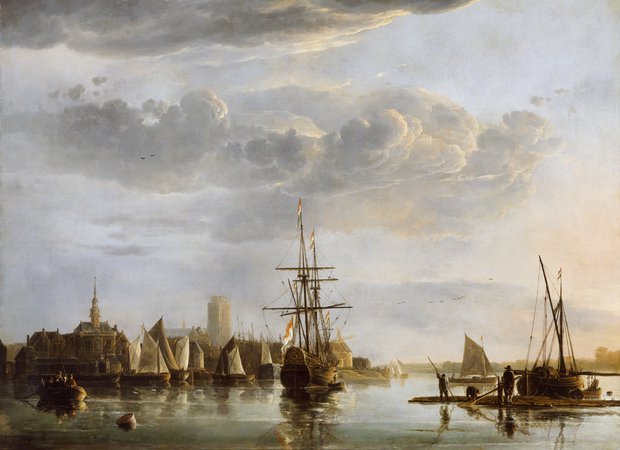 The Discovery of Cuyp

Cuyp was only discovered by a wider audience some fifty years after his death. He was particularly popular in England, where collectors, and later artists too, fell completely under the spell of his sun-drenched landscapes. These earned Cuyp the nickname ‘the Dutch Claude’, after the French painter of Arcadian landscapes Claude Lorrain. An artist who, unlike Cuyp, did work in Italy.

Cuyp’s landscapes with horsemen, herdsmen, cows and dreamlike vistas fitted perfectly with the tastes of the British landed gentry. A Cuyp was a must-have in their collections. Demand was so high that by around 1800 there were no longer any important Cuyps left in the Netherlands – they had all been sold. To this day, much of his best work is to be found in England. Cuyp also had an enduring influence on English landscape painters until well into the 19th century. 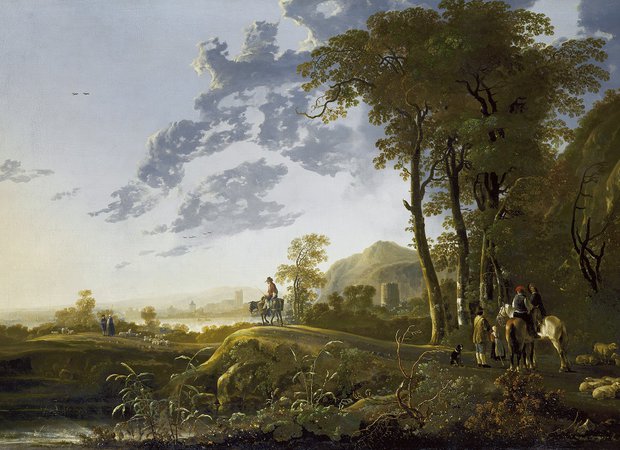 Cuyp quickly became a firm favourite among collectors in England. The British landed gentry were huge fans of his work. For them, his sunny landscapes with horses and cattle were a glorification of country life, hunting and farming, as had also been true for Cuyp’s patrons in Dordrecht a century earlier. Cuyp proved to be a true 'country house artist’. His work beautifully complemented the landscape-style gardens of the English country house, and was a must-have in the art collection. Artists too fell under the spell of Cuyp’s captivating paintings, which commanded ever higher prices. There was no denying his talent. Thomas Gainsborough witnessed the beginnings of Cuyp mania and copied the Dutch artist’s work and borrowed motifs, while always giving it his own twist. 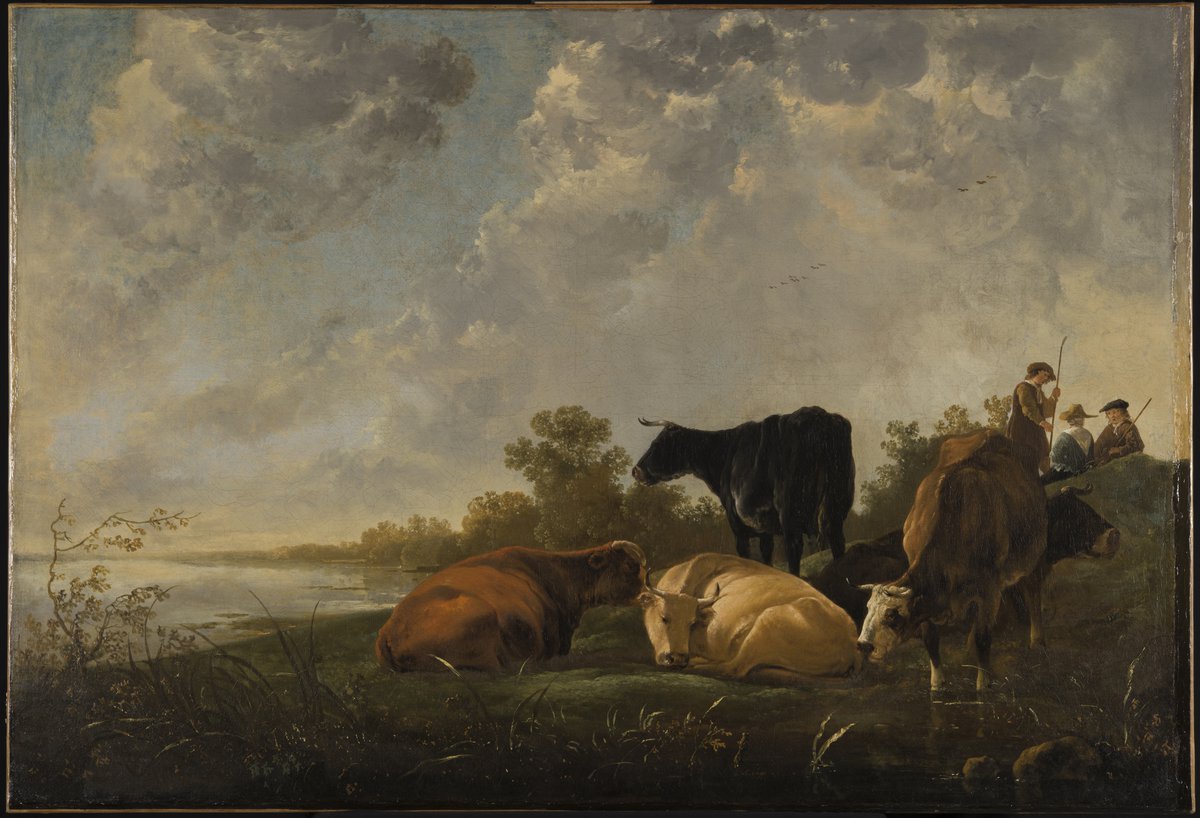 In the 19th century, interest in Cuyp in England only increased . The wider public fully embraced his Herdsmen with Cows, the jewel of the Dulwich Picture Gallery that opened in 1817. Landscape painters too were now able to closely study Cuyp’s work. They were captivated by the fascinating light effects of his golden sunsets, as well as the refined contre-jour effects with long shadows that created an immense sense of space. William Turner was perhaps Cuyp’s greatest admirer. He tried above all to emulate the Dutch master’s all-encompassing golden haze. It was with good reason that Turner’s work was regularly compared to that of Cuyp. Other British artists were also inspired by the Dutch master. They borrowed motifs – cows in the leading role was something new – but also Cuyp’s diffuse warm light 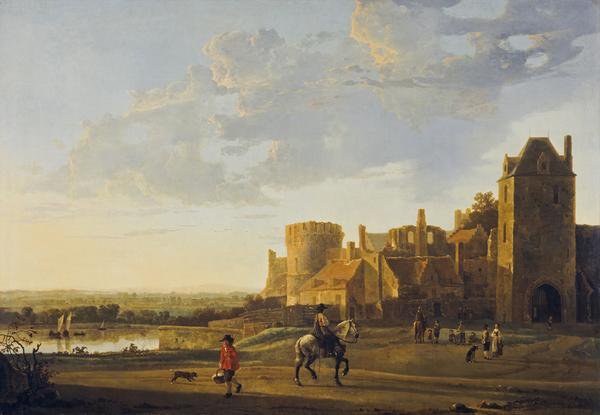 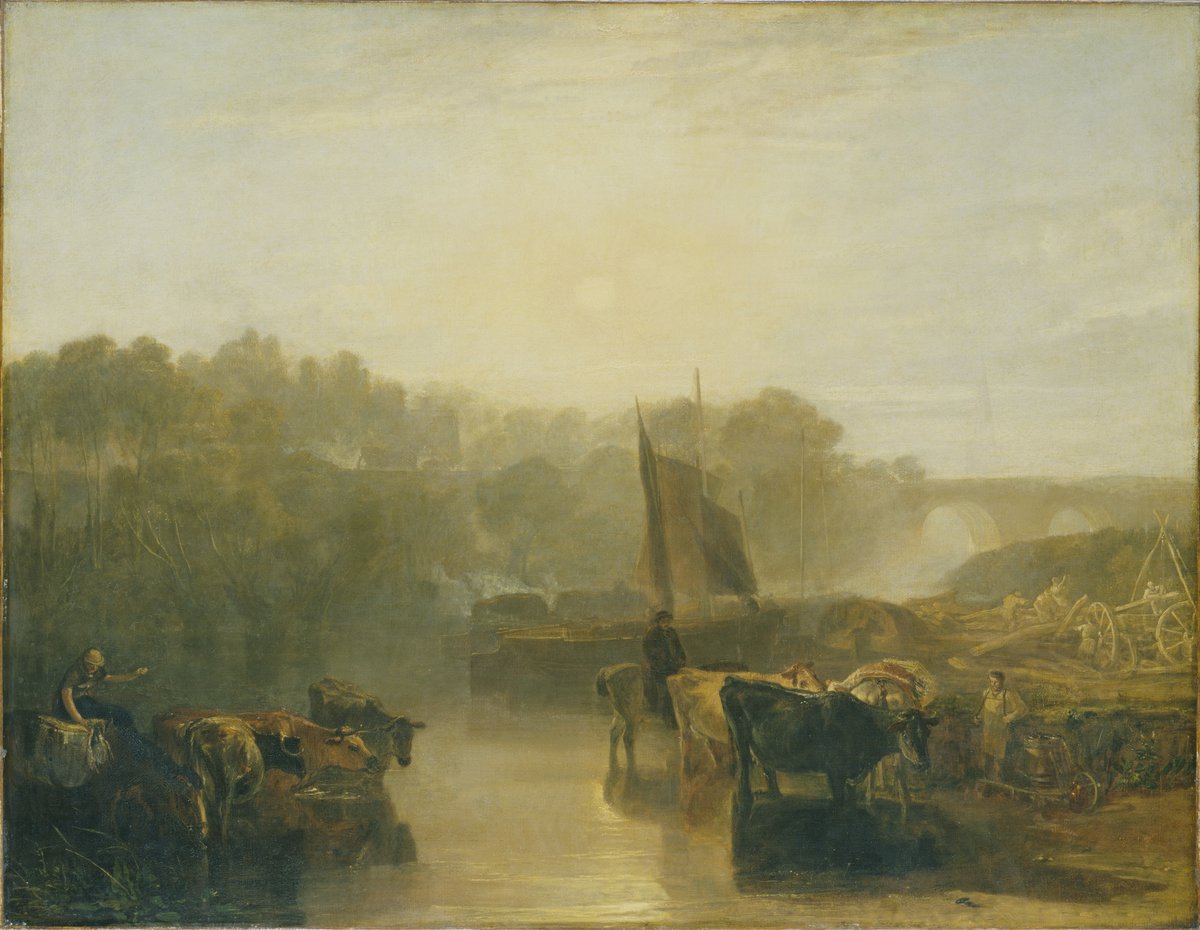 John Constable must have admired Cuyp’s cows – he owned a series of prints of them – but his greatest appreciation was reserved for Cuyp’s skies: the constantly changing colours, the forms of the clouds, an approaching storm and other atmospheric phenomena. They fascinated him, and he recognised the same interest in Cuyp. He spoke of this with admiration, such as when describing a storm view: ‘a truly sublime Cuyp, a tempest, still mild, & tranquil’. It was ‘so much like nature’. Constable observed the weather closely, outside in nature. He made quick oil sketches, which he annotated. He did so in the belief that Cuyp had also painted outdoors, but that was not how artists worked in the 17th century. Cuyp sketched outside, in sketchbooks; paintings were created in the studio. 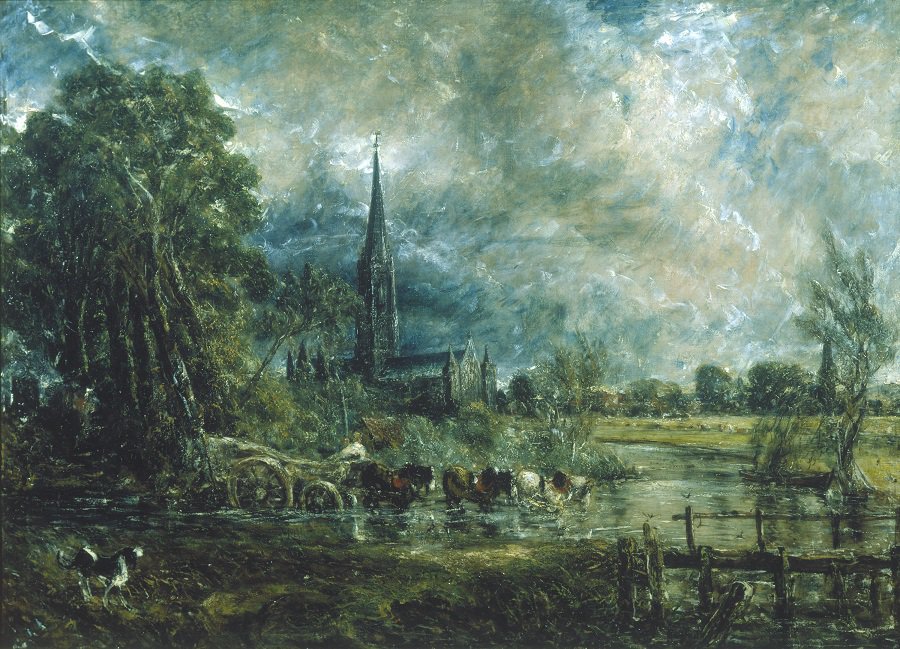