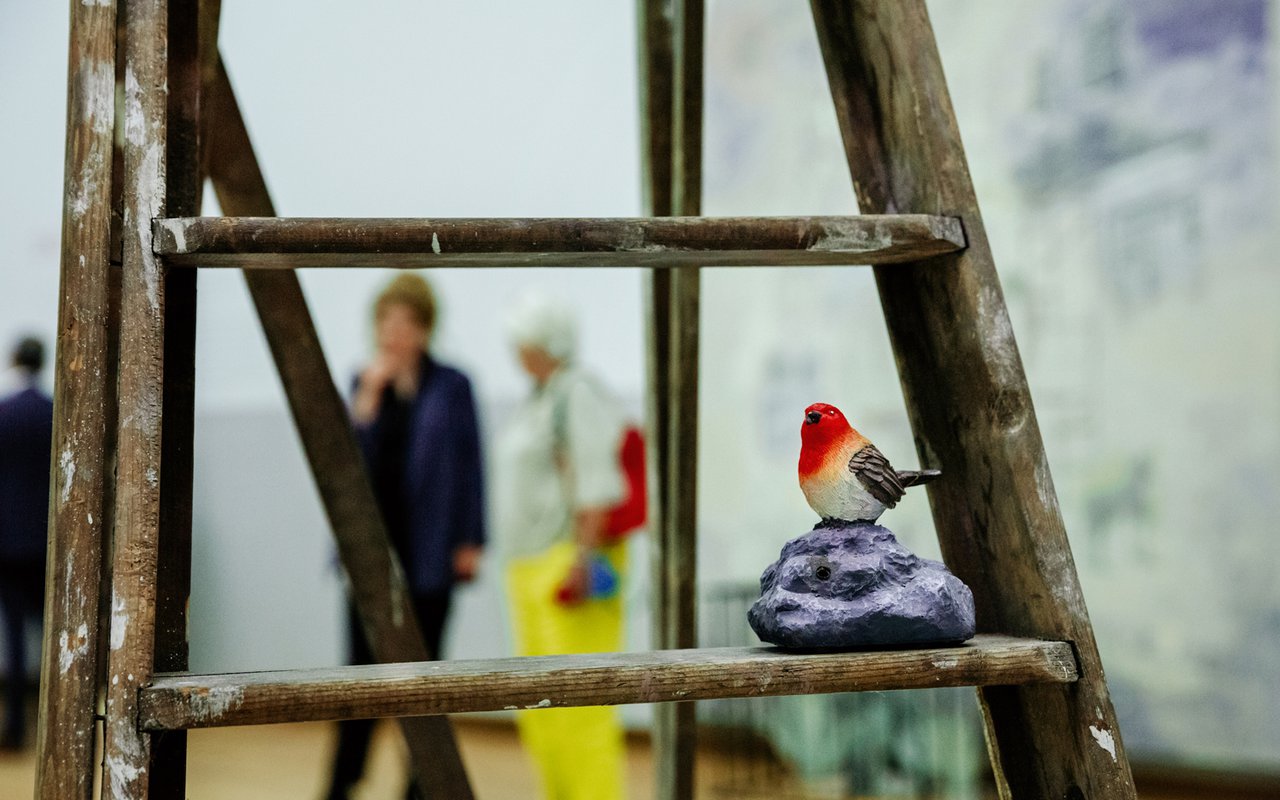 From 14 August 2021 until 24 April 2022, the Dordrechts Museum will present ‘Drylands’, the first solo museum exhibition in the Netherlands of Arturo Kameta (Lima, 1984). In ‘Drylands’, a personal installation of paintings and objects, Kameya connects the everyday in the (urban) culture of his native Peru with a broader narrative through space and time. Kameya, who has lived abroad for many years, looks at his homeland from a distance. Far from home, objects and rituals gain a new meaning or even lose their meaning. Kameya has made several new works especially for the exhibition.

Kameya’s work is rooted in personal stories and the history of Lima and Japan’s (urban) subculture. His native Peru has a large and established community of Japanese migrants. Via paintings, music and paintings, he reflects on seemingly trivial experiences, memories and rituals from daily life. His work touches on major and current themes such as migration, loss and change, as well as the representation of past and future. Themes in which different perspectives cross one another.

The display consists of a combination of installations, found or appropriated objects, paintings and ceramics. It includes both existing and new work.

In one of the paintings in the exhibition, the artist combines the idiom of the altar – a common phenomenon on the streets of Lima – with a contemporary mural. Where the street altars usually portray a saint, the figure in this work has been replaced by a scene of a crowd burning effigies of famous figures and politicians – a ritual that takes place every New Year. Dispersed around the room are painted panels and ceramic objects in the form of folded clothing, fruit and other food. This is a reference to the Japanese Obon Festival, the ‘day of the dead’, when food offerings are left at temples and altars.

Arturo Kameya (1984, Lima) lives and works in Amsterdam. This summer he will complete his residency at the Rijksakademie van beeldende kunsten. The exhibition in the Dordrechts Museum is a continuation of his presentation during the Open Studios organised by the Rijksacademie. In October 2021, he will participate in New Museum Triennial in New York. Kameya works in various media, including ceramics, acrylic and plaster, which he brings together in his presentations. He is represented by Grimm Gallery.

Read the information about the expo in Dutch.