Painter and critic around 1900.

Beginning on 18 February 2023, everyone can enjoy Jan Veth's Eye. Painter and critic around 1900, the first large retrospective exhibition of Dordrecht-born painter and art critic Jan Veth (1864-1925).

Jan Veth was a versatile man. He was one of his days’ best-appreciated portrait painters and most respected art critics. He was at the centre of the Dutch art world around 1900, painted numerous portraits and was a gifted printmaker. Veth wrote about visual arts and was a poet and a pioneer in conserving historical monuments.

Veth can rightfully be considered a contemplative mind. He observed the arts and people around him and noted them in the minutest detail. Jan Veth brought his models to life on canvas in striking, realistic and touching portraits.

His critical eye went beyond his own art. His intelligent and razor-sharp opinions about works by other artists were leading in art history, and the effects of his commitment to public art treasures can still be felt today. Veth was one of the first in the Netherlands to recognise Vincent van Gogh’s talent. He applauded Breitner and Jan Toorop, was an authority on Rembrandt, and stood at the cradle of the Rembrandt House Museum. 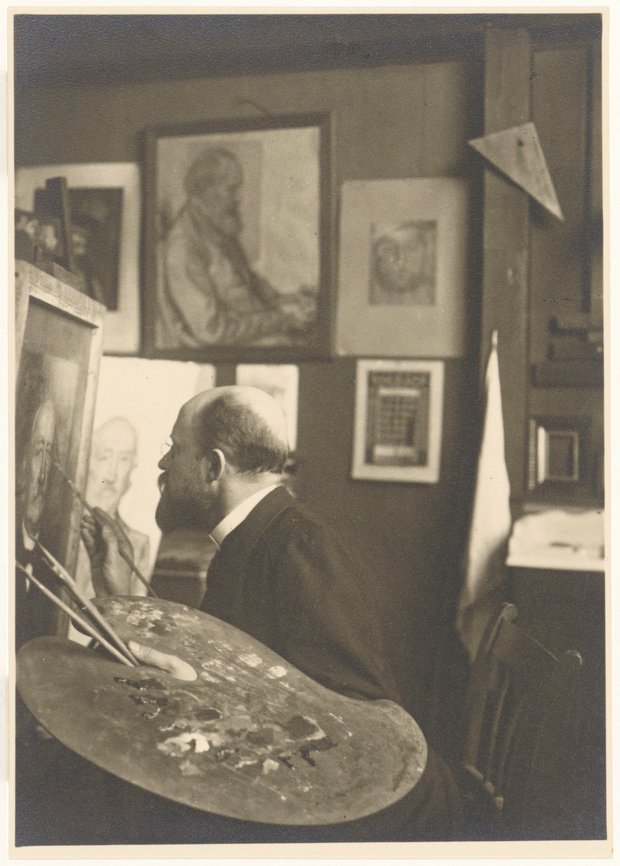 The exhibition also accentuates the man behind the art. Letters and other writing bring the mind of this impressive artist to life. We are given a unique view: through the eye of the artist himself. An artist unfamiliar to many people but whose legacy is still visible in many surprising places today.